When I started this voyage on the high seas of self seeking with making and art practice as research forming the vast ocean on which my fragile yet enduring little boat of searching set sail, I had no understanding of my foremothers journeys before me – both literally and philosophically.

When I started this voyage of discovery on the high seas with art research forming the vast ocean on which my fragile but enduring boat set sail, I had limited understanding of my foremothers journeys before me – both literally and philosophically.

In the four years since I started my foundation studies I have discovered how deep that ocean is and how much work has already been done by so many people to escape and heal dysfunctional and abusive aspects of life – reconnect with earth and maternal power, bring about equality and protect human rights for the most vulnerable.

These ideals sit glimmering in this big ocean of art research that I have been navigating like mythical islands: sometimes no more than a whisper on the wind or a mirage to the longing heart.

One of these islands, has been the body of research and artwork relating to ‘the gaze’ and what this means to the contemporary viewer, researcher and consumer; already enchanted and overwhelmed by layers upon layers of Bernaysian* propaganda and publicity tricks  – so thick that barely a trace of the real world exists outside of that particular type of dumbing-down hypnosis (see Noam Chomsky’s video:  https://youtu.be/KoNOQ7LMR8c and Edward Bernays* essay:  http://www.historyisaweapon.com/defcon1/bernprop.html ).

When I saw the first map of this island, it was shown to me by a great storyteller, teacher and writer James Hellings* who, during my 1st year at Birmingham Institute of Art & Design (BCU), taught me how to look for the hidden whirlpools in the  story of ‘Great Art’. He showed us why Édouard Manet’s oil painting Olympia exhibited in the Paris Salon 1865 caused such an uproar: the gaze of the subject (usually an objectified nude with eyes averted) herself a prostitute or courtesan connects with the (male) viewers own gaze unapologetically. *(http://www.palgrave.com/br/book/9780230347885) 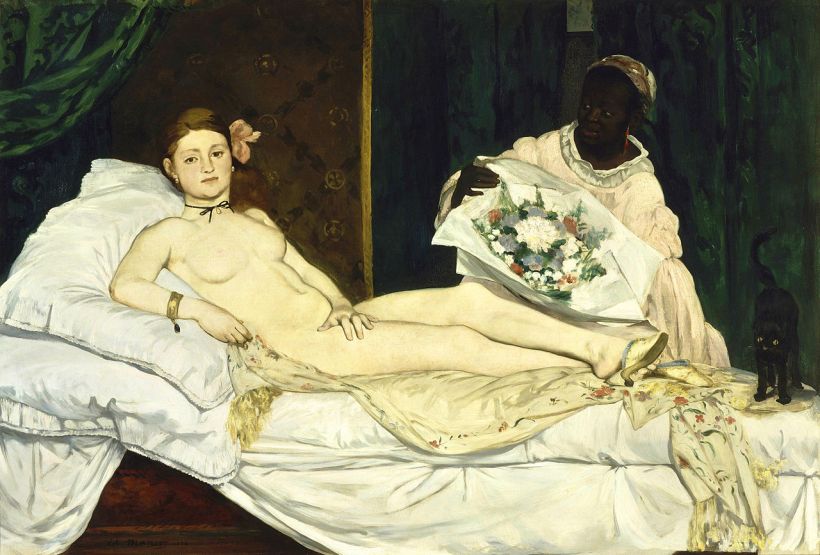 Hellings would stand at the front of a room at Margaret Street with roughly 70% female students present and challenge and enlighten us as to why we shouldn’t accept patriarchal indoctrination regarding what art is considered great, and what is not. It was like the smell of fresh dry land after an ocean of confusion and dissolvable censorship.

He showed us the strategies performed over centuries by male artists and dominant systems of patriarchal control (especially in the tradition of oil painting c1600-1900), by which our heritage as female artists has been censored and concealed and the consequential absence therein labelled as a weakness or a failure of women; rather than as Judy Chicago argued, female artists heritage should be affirmed and reiterated by women: “Our Heritage is our Strength” (The Dinner Party, 1979). 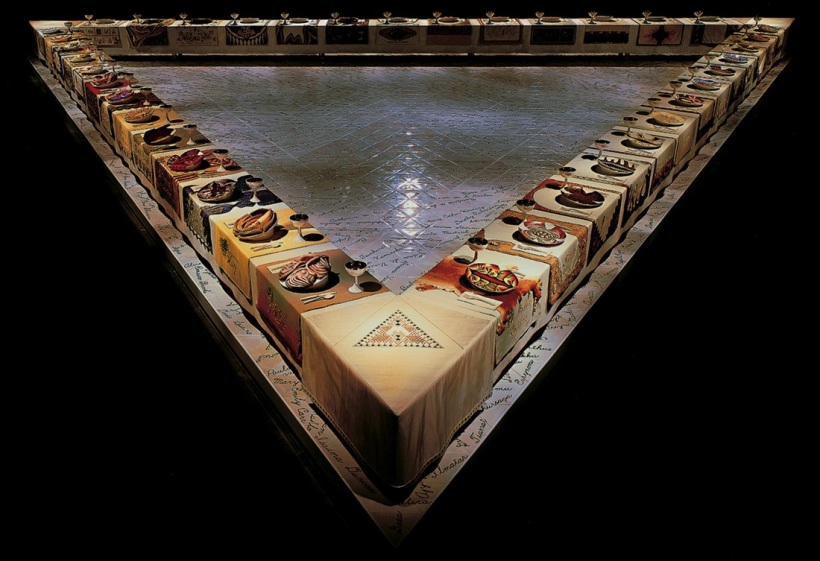 Learning these stories changed my life forever, giving me a professional buoyancy and feeling of strength of purpose and stamina the way lifting your feet off the floor for the first time in the sea as a child does.

When you’re afraid the sea will swallow you up, you need to see others swimming nearby to gain the faith needed to take that fearful courageous step towards your own survival; the same can be true of Art practice and feminism, which is why feminist solidarity is such an easy target for die hard misogyny.

It has been argued in more recent art history discussions I have experienced, that the ideas John Berger had in his 1970’s groundbreaking series and book “Ways of Seeing” (https://www.youtube.com/watch?v=0pDE4VX_9Kk&ab_channel=tw19751) – which Hellings used to stimulate our receiving, perceiving and questioning media images and Art, were somehow outdated. Additionally it was suggested that there has been a lot of revisionist thought which has somehow nullified or negated his revelations on the exclusive traditional oil painting fraternity and the vast extent of its ongoing objectification and censorship of women. I would point these opinions in the direction of Rebecca Solnit’s frank and well researched book: “Men Explain Things to Me & Other Essays”: https://www.waterstones.com/book/men-explain-things-to-me/rebecca-solnit/9781783780792  .

The book is a fresh look at why we cannot buy into the  popular contemporary viewpoint which explains to us that feminist argument and the need for equality is now an outdated phenomena; writing in a methodical concise and refreshingly easy to absorb fashion Solnit nails each issue forming an enlightening overview of modern misogyny and why contemporary women should stop being afraid of the f-word (feminism). She also names the phenomenon known as mansplaining – that gut dropping feeling we’ve all had when a man explains what we already know to us, on the phrenological assumption that women just don’t have the capacity and need help understanding most things. The story at the start of the book about Solnit’s extreme experience of this is golden. 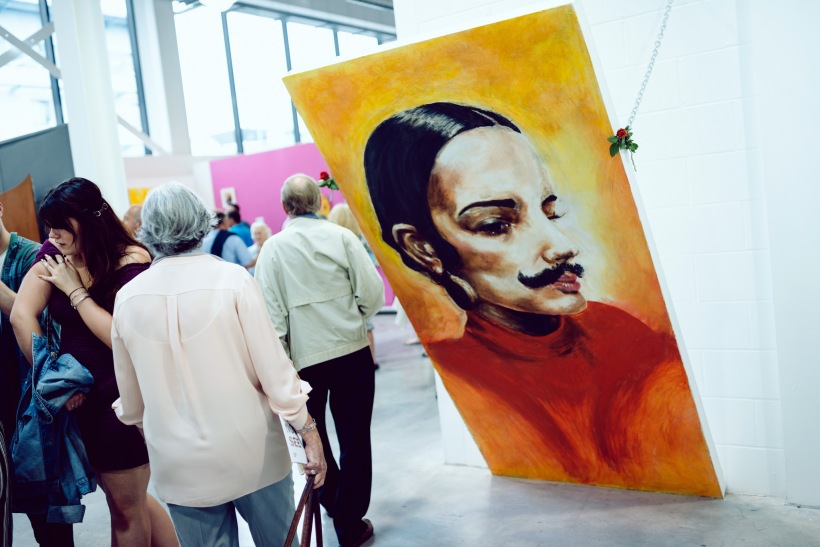 The featured image above of my oil painted portrait of Ana Mendieta is informed by her ‘untitled facial hair transplants’ photographs (1972) and ‘body tracks’ (1974) video performance and was initially entitled ‘The Silent War’ (the same title as my final year dissertation) later titled ‘All Hung Up’ for me reverberates with the iconography of being silenced, as was Ana Mendieta when her life was ended and her light and inspiration were snubbed out on the morning of September 8th Manhatten in 1985. (for further information see Christen Clifford’s artwork: http://hyperallergic.com/127500/artists-protest-carl-andre-retrospective-with-blood-outside-of-diachelsea/ )

The title of this blog The Silent War: Who Limits Us? was inspired by a video I watched of Lady Gaga being texted a question by performance artist legend Marina Abramovic who asks ‘Who limits us?’ – to which Lady Gaga delightedly responds ‘We do, we limit ourselves’. On reflection it is fear that is our greatest adversary in all our learning and exploratory adventures.